Our mission is to

The Integrity Party is proud to endorse the following candidates for election in the Village of Lancaster elections on Tuesday, March 16, 2021. 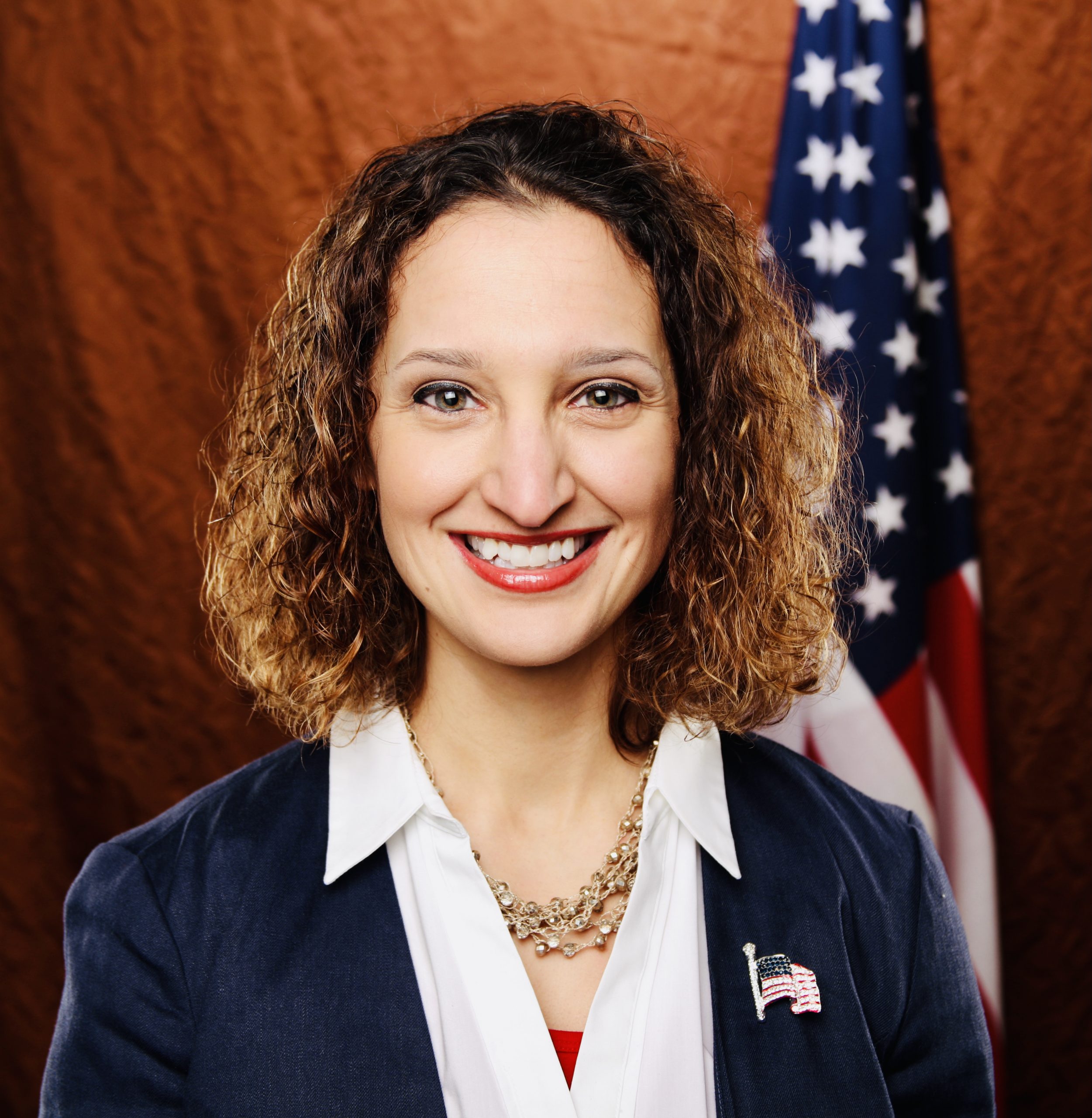 Since her election to the position of Village Trustee four years ago Lynne Ruda has been a relentless advocate for village residents and a tireless leader for the redevelopment of the Central Business District.  Trustee Ruda spearheaded the presentations that led to the grant awards totaling almost nine million dollars that extended West Main Street, brought in new businesses, new development, and single handedly transformed the heart of the Village of Lancaster.  Together with Trustees Paul Maute and Joe Quinn, Lynne Ruda has proven herself to be the driving force behind lowering taxes, growing the Central Business District, all while maintaining a high level of service for village residents.

As a music teacher at Lancaster High School, Lynne Ruda has served as an inspiration for countless music students.  A 2004 graduate of Lancaster High School, Mrs. Ruda is both an accomplished educator and musician.  She conducts the school symphony and string orchestras, and the Greater Buffalo Youth String Orchestra.  A cellist, Mrs. Ruda earned her Bachelor of Music and Master of Music Degrees in Music Education, along with the coveted Performer's Certificate, from the Fredonia School of Music.  As a member of Buffalo Musicians’ Association - Local 92, she performed in May 2019 on the Keybank Center stage with The Who.

However, there is no greater award or recognition that exemplifies her excellence as an educator and professional musician than Lynne's second Grammy nomination.  Each year the Grammys present an "Educator of the Year" award, which recognizes music teachers who have made a significant and lasting contribution to the field of music education.  The nominees must demonstrate a commitment to maintaining and promoting music education in the schools.  The entire Lancaster community is proud of our 2-time Grammy nominee.

Presently, Lynne is the only female member of the Lancaster Village Board and the fourth woman in the 172-year history of the village to serve on the Village Board.  As a Village Trustee, Lynne is an innovative and passionate leader.  Students frequently attend Village Board Meetings and witness firsthand Lynne's efforts on behalf of residents of the Village of Lancaster.  As a Village Trustee, Lynne has helped bring in almost nine million dollars in grant funding to the Village.  As Chairperson of the Village Economic Development Committee, she is leading the transformation of the Central Business District.  After many years of effort with few real results, Lynne is spearheading the change that is occurring in the Central Business District, while working to create a vibrant community center that is quickly becoming the center of life in the Village of Lancaster.

She has created, edited, and published a quarterly newsletter that is mailed to all village households providing updated information and news about village government.  She initiated the "Spring Clean Up," bringing together various groups such as the Lancaster Garden Club, student leaders from Lancaster High School, as well as community volunteers to collaborate each May.  She has worked with Village Government, the Community Development Corporation, and Lancaster residents to form a Beautification Committee to ensure that the event continues to clean up village parks, plant flowers, and install hanging baskets and planters throughout the Village.

Leading by example, Lynne is the first female interior firefighter and first female apparatus operator in the Eagle Hose Company in the Lancaster Fire Department.  She serves as the advisor to the First Responders Club at Lancaster High School, which works to expose students to the roles that first responders have in the community, and recruit more young people to serve their community.

From education, to firefighting, and through her community service, Lynne Ruda works tirelessly on behalf of her students and constituents.  Demonstrating her personal leadership through her efforts as an educator, elected official, and volunteer firefighter, Lynne is a role model for the Village that she loves.  www.mayorlynneruda.com 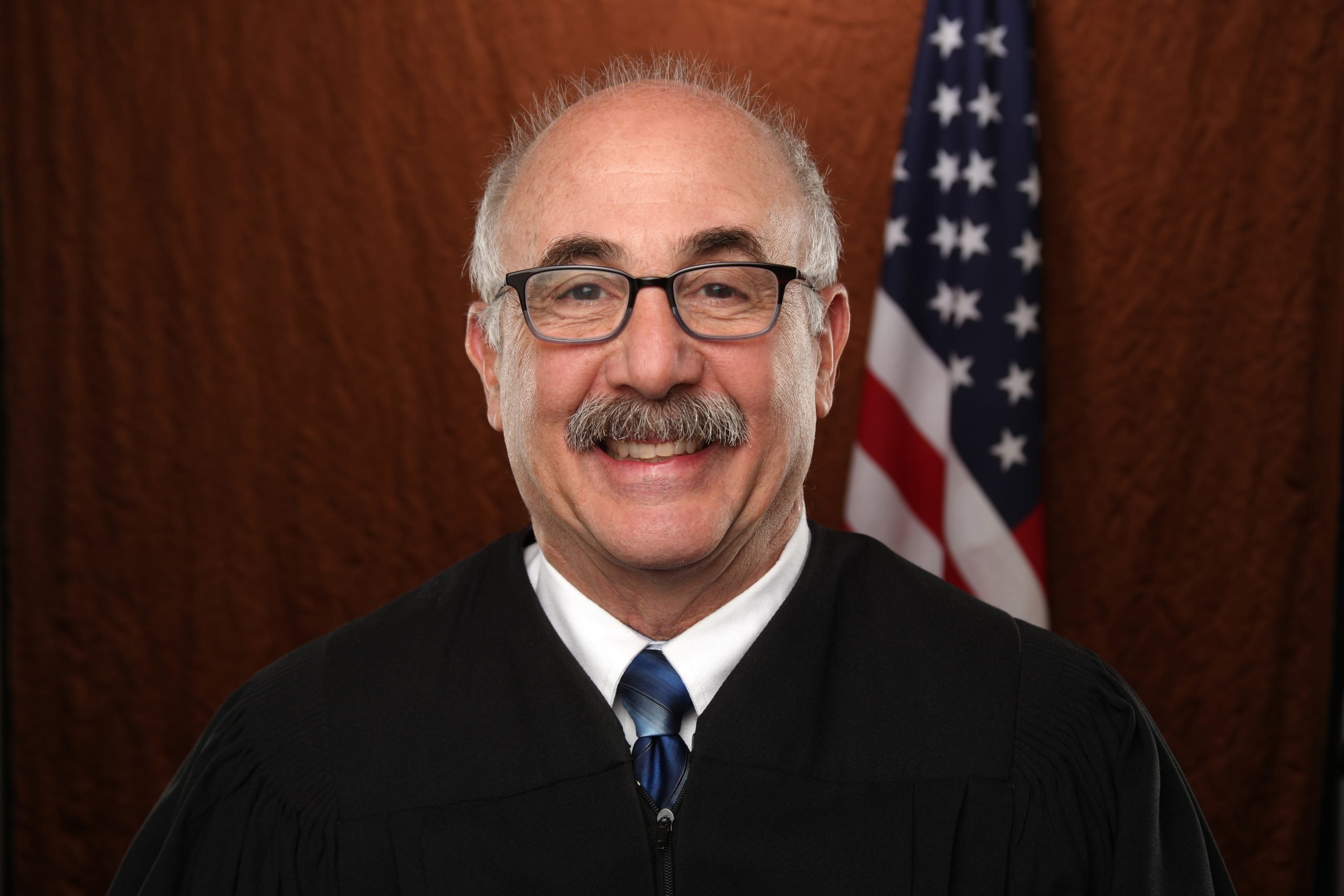 Judge Bumbalo is seeking his sixth term as village justice. Judge Bumbalo’s hard work and no nonsense approach was rewarded by being elected vice president of the Erie County Magistrates Association. He is also responsible for establishing a separate division of the Lancaster Village Court for housing violations.

He is a graduate of St. Mary’s High School, Canisius College and SUNY at Buffalo Law School. Judge Bumbalo is a respected trial lawyer since his admission to the New York State bar in 1980.

He participates in numerous community activities including Lancaster Depew Ponytails, Depew-Lancaster Sertoma, Lancaster Depew Boys and Girls Club and the Elks Lodge. He is also a race director of the Griswold Memorial 5k race.

Judge Bumbalo resides on Lombardy Street with his wife Marlene a retired teacher who taught at the William Street School and their two daughters Joette and Christina.

Judge Bumbalo was instrumental in securing state funding for improvements in court security. 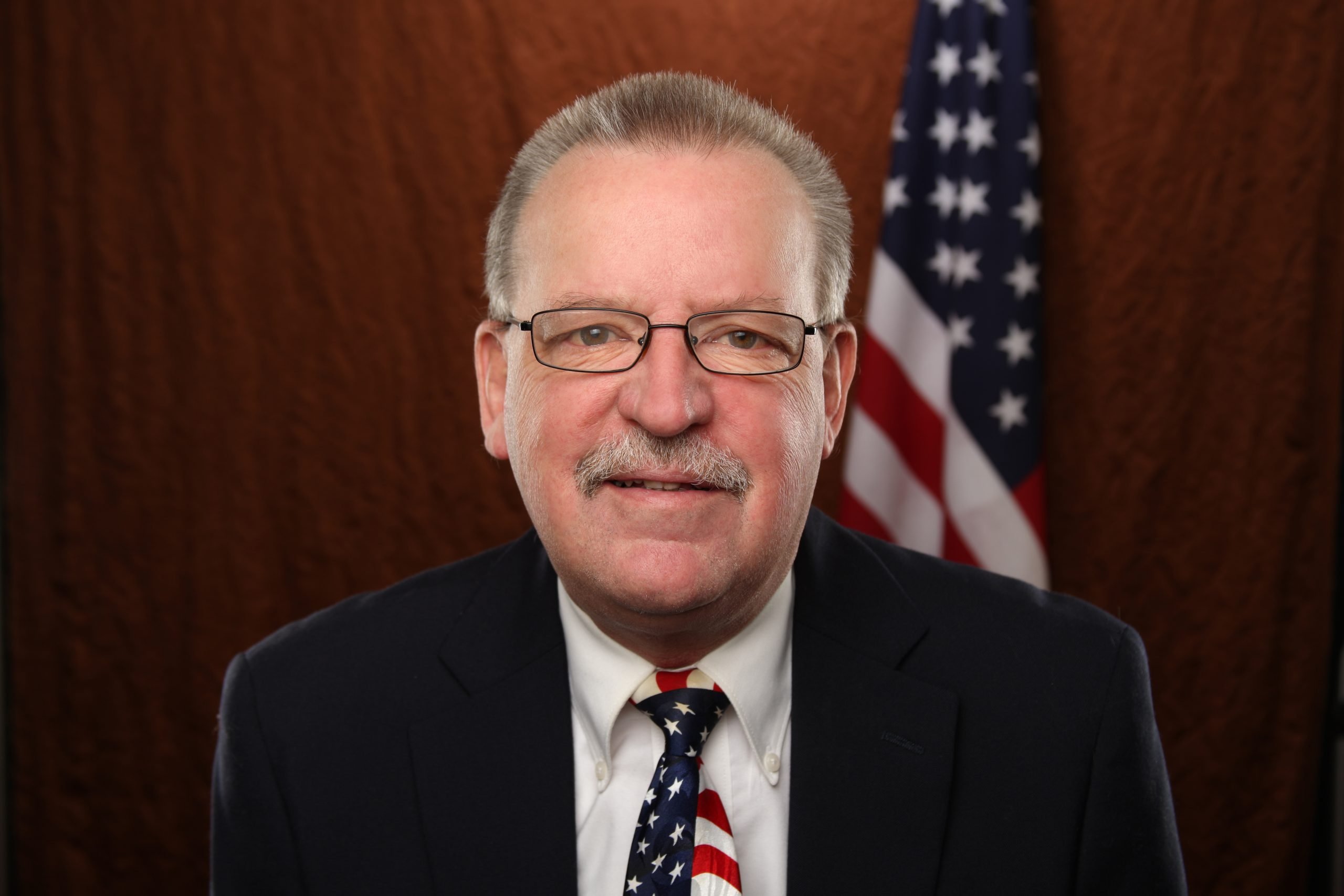 As a lifelong resident of the Village of Lancaster, I reside at 145 Aurora Street with my wife Beth (DePalmo) where we raised our children Katie and Cortlin. We are parishioners of Our Lady of Pompeii Church. Maute is employed by Scott Aviation and previously served his local union President. Maute has represented the village as both a trustee and mayor. During Paul’s tenure on the Lancaster Village Board, he has been involved in the generational changes that have occurred in our village. Here are a few of the changes Maute supportedMerger of the water system with Erie County Water Authority.

Maute has served village government as chair of the Public Works, Finance and Claims, and the Special Events Committees. Prior to serving on the Village Board, Paul was a member of the Village of Lancaster Zoning Board of Appeals. 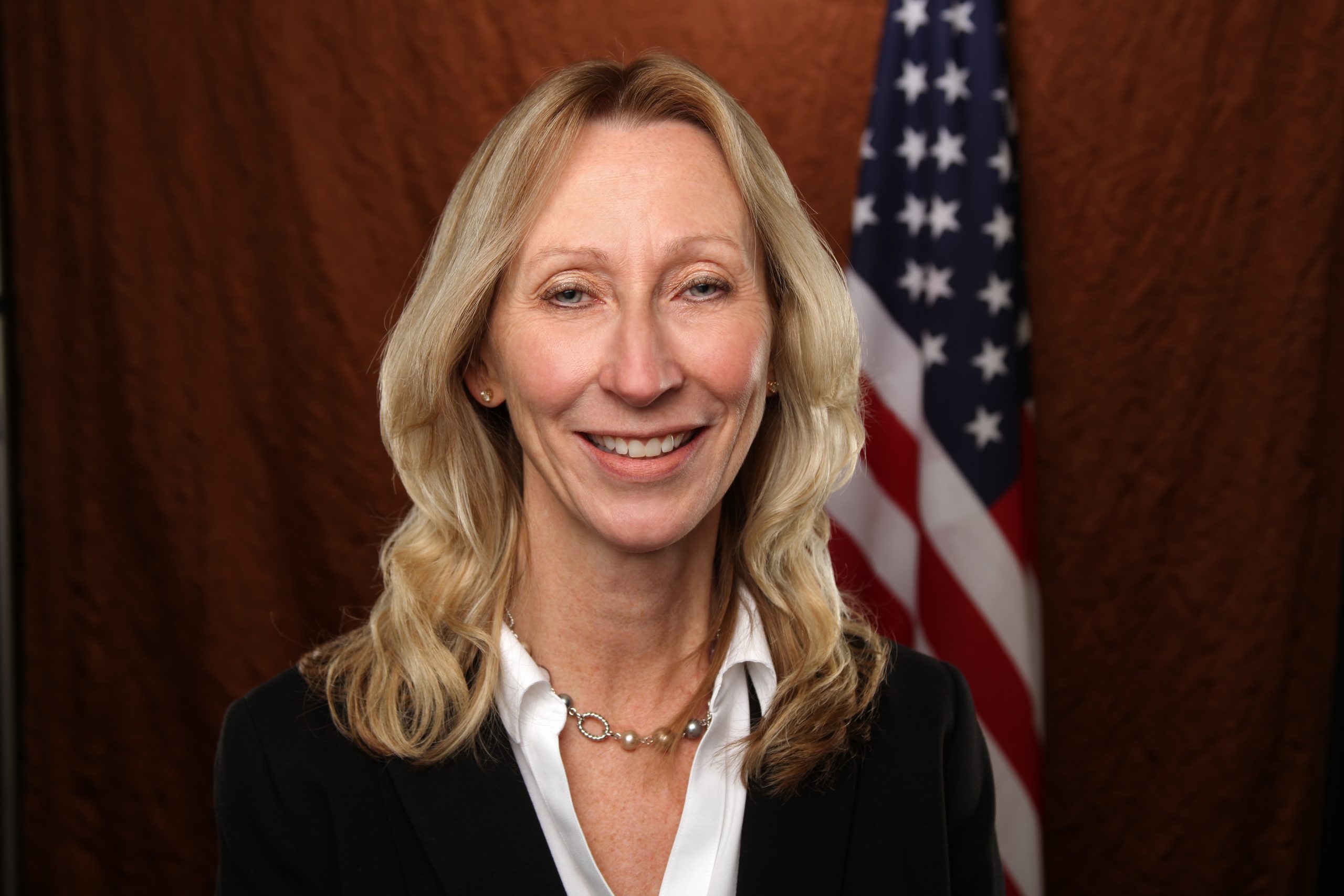 A newcomer to the village electoral process, Cynthia seeking her first election to village trustee. She is aware of the financial challenges that all residents face and is dedicated to fiscal responsibility in village government. A village resident since 1992 Cyndi has worked in a variety of government jobs providing her with keen insight into the inner workings of municipal government.  Ms. Maciejewski has served the village and the town as the Town of Lancaster Building and Zoning Clerk 1998, also as secretary to the following organizations:

Cyndi Maciejewski is currently employed as the Town of Lancaster Secretary to the Supervisor. As a small business owner of Right Hand Crafts Cyndi realizes how important it is to deal with the important issues which face our community. Ms. Maciejewski has always maintained that the lines of communication must be kept open for village government to be productive. To this effect she believes that village officials must work together regardless of political affiliation to achieve what is best for the village. Only by working together can we continue the revitalization of downtown Lancaster and preserve our village into the future. She believes that by continuing to grow the village commercial tax base and we can maintain a low tax rate that keeps the village affordable for our residents.

As an elected representative, Cyndi promises to continue to work to make the village events self-supporting, pursue cost savings in the village budget and ensure that the West Main St extension provides continued growth and success of the central business district.

Cyndi’s personal interests include her membership at St. Mary’s Church where she volunteers with the vacation Bible School each year. Cyndi is a graduate of Bryant and Stratton with an Associate degree in Business Management. She believes that we can re-establish Lancaster as a hometown of which we can continue to be proud.

Fill out the following information to send your questions or comments to the Integrity Party.